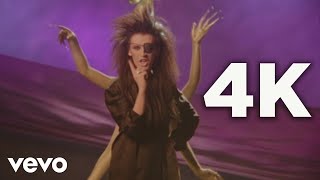 For those of you who haven't heard solo performer and lead singer of the '80s band Dead or Alive has recently passed away. With the deaths of so many icons this, particularly ones who forced people to question gender and sexuality (Bowie and Prince being the most obvious) it might be easy to forget about Pete Burns. While Burns still kept his name and pronouns Burns underwent multiple surgeries to feminize his appearance and was the first person I ever saw on television who